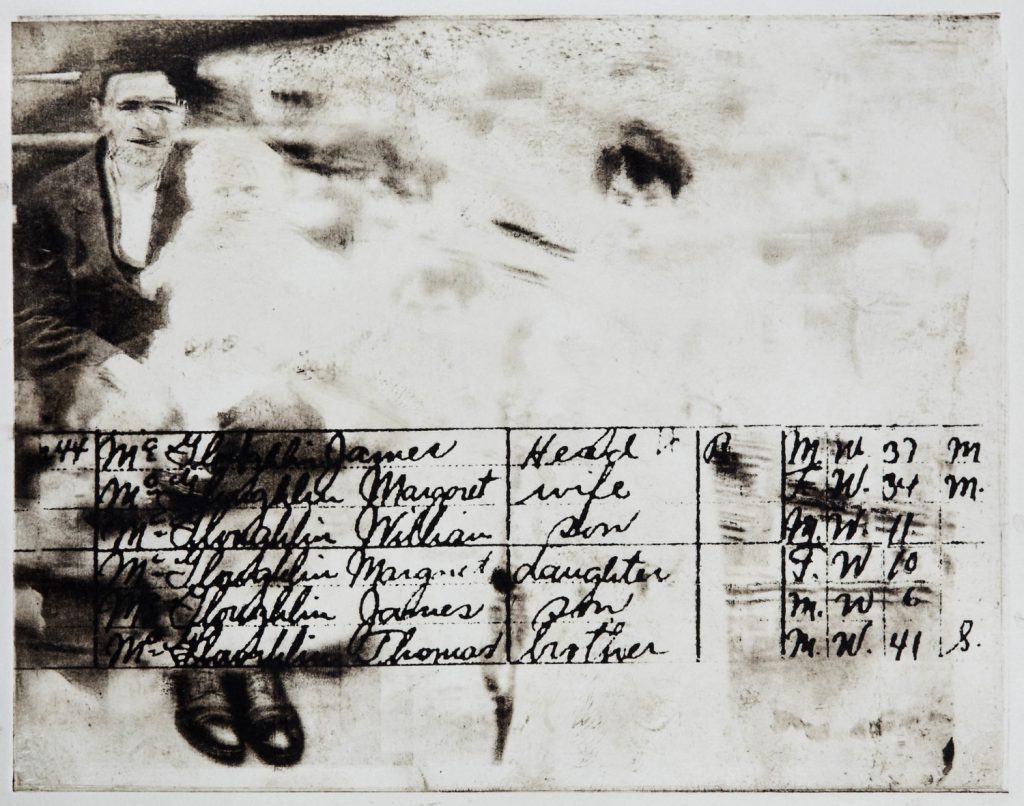 Materialized over multiple residencies, this project tells the story of loss surrounding the devastation Kate McGloughlin’s ancestors endured during the creation of The Ashokan Reservoir. This exhibition illustrates the complete body of work which includes written text, a handmade artist’s book, and audio files narrating both sides of the story from both sides of my family-the settlers and the immigrants.

KATE MCGLOUGHLIN has been painting the landscape since she was sixteen years old. Her upbringing in rural New York State was infused with reverence for nature in general, and Davis Corners, Olivebridge, and its local landmarks in particular. Her first commission, at 16, was to paint a historic barn for a local merchant, ignited her engagement with form and light en plein air.

At the University of Arizona at Tucson, she came under the influence of Robert Colescott and Bruce McGrew. Both were celebrated practitioners in their own medium— Colescott’s concern with the surface of his canvas and McGrew’s fascination with light helped form McGloughlin’s early forays into painting—her teachers’ impact on the young painter is palpable.

Upon her return to New York State, McGloughlin attended The Woodstock School of Art (WSA), a move which would become the most pivotal point in her career. There, in 1991, she met her mentor and friend Robert Angeloch and his milieu and began her dual career as a printmaker and instructor. Angeloch’s sway cannot be overstated; McGloughlin was the monitor in his Printmaking Class from 1991-2003, and, upon his retirement, became his successor as instructor of printmaking , and later, President of The WSA. Angeloch and McGloughlin, along with their families, began traveling together to paint in 1997, usually to Monhegan Island, but also to Greenport Long Island, where Angeloch demonstrated the importance of travel and a regard for fellowship among other artists.