These series of images explore the boundless space of the sky infused with light disappearing into the unique contours various horizons.  The gestural color marks and shapes express movement, light and atmosphere.

Absorbed in understanding the inherent order in nature, I transform it into my personal view of its logical units.  The composing of these images deal with complicated figure-ground relationships where intervals of line, color and value become important factors in penetrating the surface of the picture plane.  The marks both symbolic and representational invite the viewer in to explore the sensual and provocative forms hidden nature.  An environment that is easily accessible for the viewer to enter and perceive is created where their feelings and emotions are encouraged to emerge. – Shirley Bernstein

Shirley Bernstein was born in Philadelphia, Pennsylvania. She earned her BFA at the University of the Arts (formerly Philadelphia College of Art) and earned her MFA from Indiana University in Bloomington, IN.  She majored in printmaking and minored in painting and drawing.

She has an extensive exhibition record that includes both her oil pastels and prints and has shown her work both nationally and internationally. Her work is in the collections of Pacific Rim International Print collection, The Newport Museum, Robert Blackburn Collection at the Library of Congress, Slater Museum, Indiana University Museum, National Museum of Women in the Arts, Elizabeth Foundation for the Arts, Union Carbide Corp., Neiman Marcus, Arjo Wiggins, Eastern CT State College, Wheaton College Rare Books, Staubiz Design, Dodd Center, Fletcher Memorial Library, Special Collections at UCONN, Fairfield University, McNeese State University, The Newark Library and Syracuse University, as well as private collection in the US, Europe and the Middle East.

While keeping up with a busy exhibition schedule, Shirley was also a dedicated college art professor.  She received the Teaching Excellence Award at Quinebaug Valley Community College where she retired from in 2013. She has also taught at the University of Connecticut, Eastern Connecticut State University, Cooper Union, NYC, Indiana University, IN, Kean University, NJ, Beaver College, PA, University of the Arts, PA, Fashion Institute, NYC and Knoxville College, TN.

Shirley takes pride in her professional affiliations. She is a founding member of the Printmakers Network of Southern New England. She is also a member of the Society of American Graphic Artists, NYC, the Los Angeles Printmakers Society, the Boston Printmakers and the Wood Engraver’s Society. 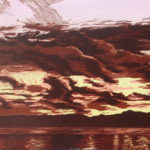 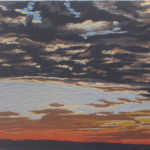 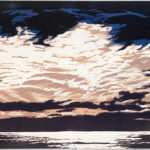