Art can be a powerful tool for change. I believe it is the responsibility of the artist to bear witness to injustice and to hold a mirror to and shape reality. Art can play a positive role in society by engaging the public and opening dialogue. My art enters the public domain through the use of prints, billboards and murals to educate the public and to create debate and awareness about important issues concerning the future of our planet. A lot of my work involves printmaking. Printmaking has had a long history of being tied to political movements, social justice movements and revolutions. My work is a continuation of this tradition as I use my work to explore such themes as women's rights, animal rights, climate change, war, the media and environmental issues. – Karen Fiorito

Karen Fiorito is an activist, artist and curator residing in California. Her artwork has been exhibited internationally and featured in major publications such as Art in America, Hyperallergic, Art Forum and ArtNews and featured in such books as American Women Artists in Wartime, Paper Politics: Socially Engaged Printmaking Today and The Design of Dissent. Fiorito has received grants from Change, Inc., the Puffin Foundation, the Pollination Project, A Well Fed World and LUSH Cosmetics for her public art projects. Her current public billboard project, 'Got Drought?' has been touring since 2015. She is also noted for her controversial ‘Trumpocalypse’ billboard in downtown Phoenix (2017) which gained international media attention. She has curated many art exhibitions, including Evolution/Revolution: The Interconnectedness of All Beings (2011), and Indivisible: United We Stand, Divided We Fall (2020). Her work is in the permanent collection of the Los Angeles County Museum of Art, the Center for the Study of Political Graphics and Self Help Graphics. She holds a M.F.A. from Arizona State University and a B.F.A. form the University of the Arts in Philadelphia and is the President of the Los Angeles Printmaking Society. 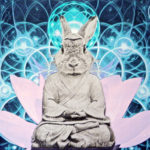 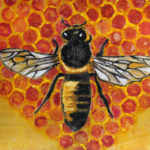 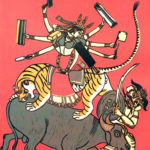